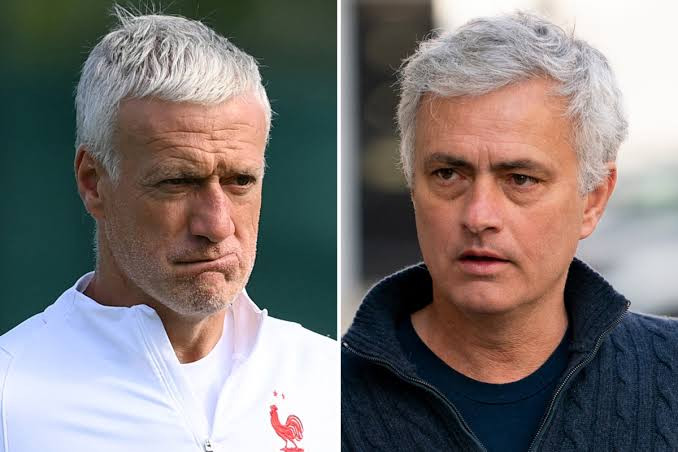 Mourinho who has recently been appointed head coach of Serie A giants AS Roma, was in charge of Spurs between November 2019 and April 2021, 17 months after being named as the successor to Mauricio Pochettino at Tottenham.

The 58-year-old former Chelsea boss recently gave his assessment on the upcoming European Championships labelling France as favourites, stating that they “have to win” the tournament in order to be successful.

But Deschamps saw that as a subtle dig and has fired back at Mourinho citing his poor spell in charge of Spurs.

Talking to French television outlet TF1, Deschamps said: “I thought the same thing about his Tottenham team, but it did not end up happening like that.

“Automatically, with the status of world champions, we are favourites, with three more years of experience. I have a very important offensive potential.

“But it’s not just that. You talk about balance but I don’t disconnect them from our midfield too. We will do everything to have the ball as much as possible but there will be times when we will not have the ball.

“It is not a pressure, it is a reality, we will not run away from the debate: France is one of the favourites for this Euro.”